Vincent Wang, General Manager of Global Publishing at Tencent Games, announced at the Split Global Finals at this year’s PUBG Mobile Club Open 2019 that, in 2020, a new color blind mode will be added to the game. Wang explained that this new feature will help the game reach more gamers and increase business.

We have seen phones with 90Hz and 120Hz refresh rates this year, but sadly PUBG Mobile is still stuck at 60fps. Although it is not easy, but we have seen screenshots of many game versions in which the refresh rate of high rate works. Because of this, we hope that even the most popular game in the world can be given a high rate i.e. 90Hz / 120Hz refresh rate. 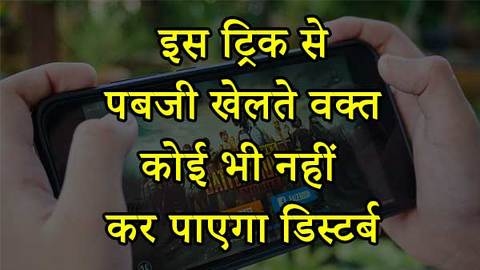 Also read: – Special tips for pubs, no one will be able to disturb while playing the game.

So far gamers have seen new and exciting ruins on Team Deathmatch. Now a new map is also being heard in it, from which this mode will be finalized. Now it has to be seen how much gamers like this new look.

First thing is drone. It is being said that in PUBG game, now game developers can add some new drones, which users can use PUBG GAME Will be able to do it while playing and they will enjoy it more than ever.

No comments to show.